The end of 2017 marked a big change for Canbury Singers. After 10 years, our musical director Chris O’Neill decided to retire from the role. 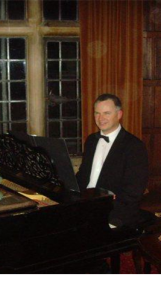 When Chris took over the choir back in 2007, it was a much smaller group. Under his direction, the choir began to grow – both in numbers and in ability as we began to practice and perform a wider variety of music.

Today, thanks to Chris’s support and professionalism, the choir is now more than 40 members strong and performing regularly.

Chris will be greatly missed by all the singers. But we look forward to seeing him on Sundays, as he will be making the trek down from St Albans to direct the church choir.